America was a much different place nearly 100 years ago. In 1919, the United States was still recovering from the “Great War,” Babe Ruth had yet to don a Yankee uniform and the price of gas was 25 cents a gallon. Locally, New Britain was blossoming into the Hardware City of the World and Berlin was a tiny agricultural community of about 5,000. 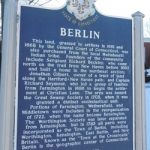 But over the years, one thing has not changed: The need to care for one’s neighbor. That was the premise in 1919 when local citizens organized the first annual “Community Chest” drive, collecting $27,500 in support of local social service programs. The drive came in the midst of America’s then-burgeoning Community Chest grass roots philanthropy movement, begun in Cleveland in 1913; between 1919 and 1929, the number of Community Chests nationwide grew from 39 to 353, with the total surpassing 1,000 by the 1950s.

Staying True to Our Mission

The proud Community Chest name was reclaimed in 2009, when it joined with the Community Foundation of Greater New Britain as a Supporting Organization. This affiliation preserves the Chest’s independence, protects its endowment and assures that its work supporting important health and 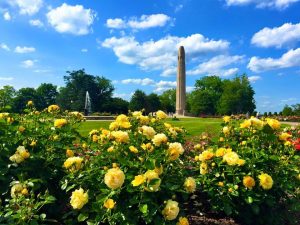 human services in New Britain and Berlin will continue for generations to come.

Today’s Community Chest is committed to continuing its nearly century-long tradition of “Treasuring Our Community,” supporting vital local health and human service programs. Annually, the Community Chest distributes upwards of $200,000 or more in grants supporting a wide variety of programs such as the Consolidated School District of New Britain’s “Well-Managed Classroom” program, the Osgood Park Food Pantry, the Coalition for New Britain’s Youth, the Prudence Crandall Center and many more.

In its grantmaking, the Community Chest’s independent Board of Directors considers requests for program grants, general operating support and seed grants for new programs. If you are a Berlin or New Britain non-profit organization providing health and human services and are interested in applying for a grant, please review our grant guidelines.

Thank you for your support of the Community Chest of New Britain and Berlin, “Treasuring Our Community.”